What Is An Arm Blaster?

An arm blaster is a lightweight piece of exercise equipment that’s usually worn while performing bicep curls. It’s worn in front of the body with an adjustable strap that rests on the back of the neck/shoulder area. An arm blaster forces the elbows in front of the lifter’s torso while they curl, as well as help keep the elbows stationary throughout the movement.

Does The Arm Blaster Really Work?

Arm blasters were a popular exercise among the bodybuilding community back in the 1970s, but have dropped in popularity since. Because of this decrease in popularity, they’re seen as old school. But the principles of the arm blaster are still very popular today.

Modern bodybuilders still use the “elbows in front” technique while they curl in the form of preacher curls and spider curls. Preacher curls involve performing curls while your elbows rest on what is called a “preacher bench”, while spider curls use an incline bench that the person rests their chest on while their arms hang in front and curl the weight. 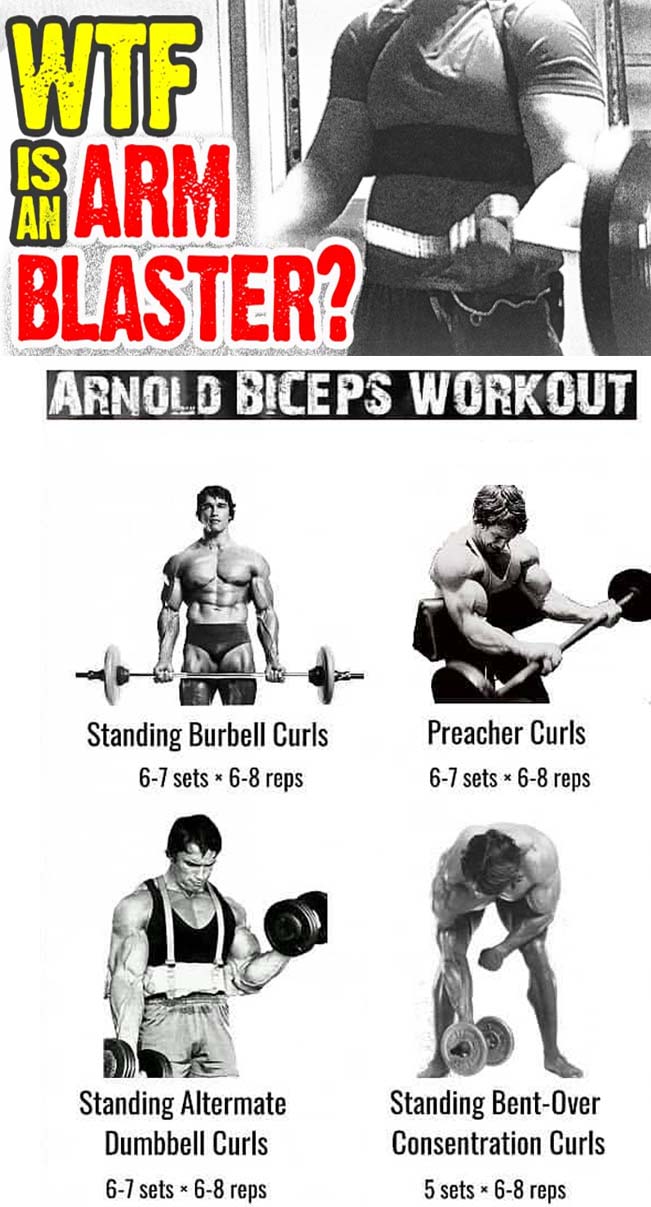 How Does The Arm Blaster Compare?

Despite the arm blaster being seen as “old school”, it’s actually a better alternative in many ways to the preacher and spider curl exercises.

The first major advantage is that the arm blaster is much cheaper than a preacher bench or an incline bench. Not only is it cheaper, but it takes up much less space. An arm blaster is so light and slim, it can be easily stored away when not in use. If you’re looking to get a workout at home, an arm blaster is definitely the most afforable and practical way to go.

Plus an arm blaster is lightweight, which makes it portable. It’s a piece of equipment that you can pack in your duffle bag and take to the gym with you so that you won’t have to wait to use the preacher bench if someone else is using it. The only downside is that you’re likely to get a lot of people asking if they can use your “old school” equipment. Which may be a good thing if you’re looking to make friends.

Truth be told, I first got an arm blaster years ago as a gift, but I couldn’t find a comfortable way to use it. After trying it out a few times, I decided then it was a gimmick and threw it in the corner to be forgotten. The trouble is that if you don’t know what you’re doing, it’s uncomfortable to use and you won’t see the point of using it. Recently in these past few months I’ve picked it back up and with a few adjustments have experienced the best arm workouts in my life.